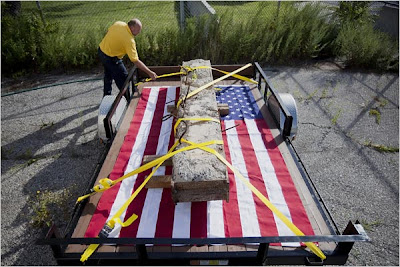 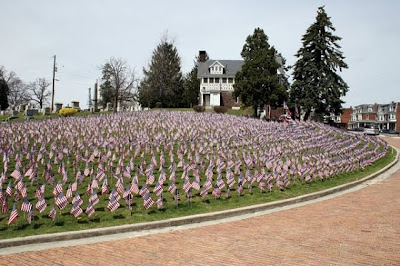 My dear friend, and former boss, Jack Sommer, was able to obtain a steel beam from the World Trade Center. It took him a year to accomplish this. He already has an Iraq War Memorial at his cemetery which showcases over 5,000 American flags and banners. He is building a new memorial to honor our fallen heroes from all the wars – the steel from the WTC will be part of this memorial.

The Port Authority of New York and New Jersey, which owns the steel, will invite police and fire departments and mayors and other leaders of cities and towns throughout the country to ask for pieces for memorials. The Port Authority has filled about 25 requests in the last year, and has about a dozen more pending. In recent weeks, trucks have hauled twisted steel columns that weigh hundreds of pounds to York, Pa., and Westerville, Ohio

On Friday, Jack Sommer, the president of Prospect Hill Cemetery in York, Pa., came to Hangar 17 to collect a piece, watching as a cemetery employee strapped a chunk of steel, concrete and gnarled rebar to a trailer. In an added flourish, the men had spread an American flag under the steel. A Port Authority police car escorted them out.

There will be a ceremony in front of the new York County Judicial Center, Friday, September 11, 2009:
08:00 AM WTC Beam on site (on truck with Sheriff’s honor guard standing watch)
08:25 AM Traffic on N. George St. detoured prior to this time
08:30 AM Colors posted & at Parade Rest, National Anthem, Pledge (Invited color guards: Veterans, Police, Fire, Sheriff, National Guard/Reserve )
08:34 AM Invocation & Remarks by Jeff Hines
08:40 AM REMARKS by Congressman Todd Platts honor the fallen from Sept. 11: Police, Fire, civilians
08:43 AM Reading of the Names of those lost in combat in the past 12 months (Jeff Hines)
08:46 AM Moment of silence
08:50 AM Rifle Salute & Taps ,Amazing Grace
At 10 o'clock there will be an acceptance ceremony at Prospect Hill Cemetery. 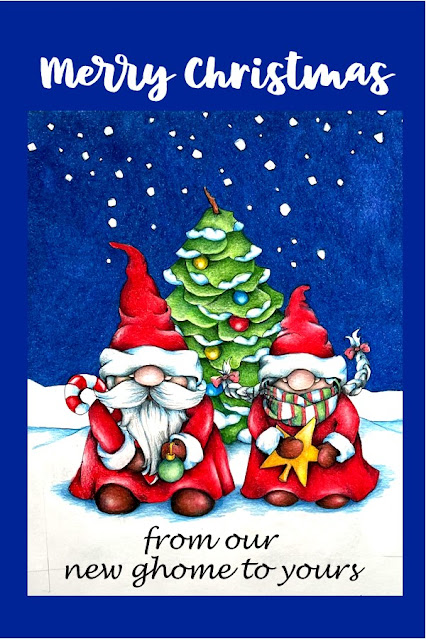